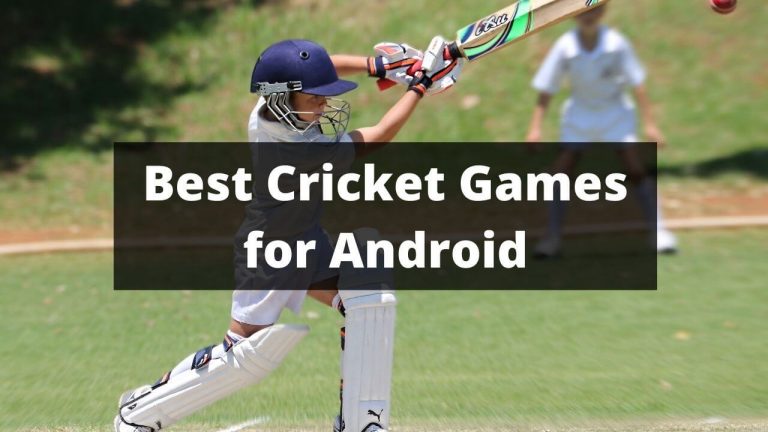 You should know that cricket is 2nd most popular sport in the world and having 2-3 billion fans worldwide. This game was first played in the 18th century. Cricket is more popular in Asia, Australia, UK. There are many matches played in cricket as like Test Cricket, T20 Match, One Day International (ODI), Big Bash League, World cup, Indian Premier League (IPL) etc.

If you want to play an Android cricket game and you don’t have an A device then don’t worry. You can download an Android emulator for your PC and then you can easily run a game on PC.

WCC2 is an amazing next-generation cricket gaming app. You will get an advanced 3D mobile cricket game where you can play the max number of shots including the popular Dil-scoop, Helicopter shot and upper-cut. Every cricket fan should download this app. This world cricket game is made by Next wave multimedia.

Another Cricket Game is beach cricket. Its developer name is Nextwave Multimedia Inc. If we talk about the popularity of this game then pay attention to the User review of this app, which is 4.2 & downloads 10 Million till now. In this game, you are allowed to play cricket in Beach place. Now, let’s play a cricket game in sunlight & sand.

Real cricket game 17 is one of the best real game in PlayStore. This game is developed by Nautilus Mobile. It is having a 4.2-star rating with 10 Million downloads. Before playing this game you should have 1GB RAM, 1GHz Processor with Android 4.0 & above. Real cricket 16 is only for cricket fever. Let’s see its features.

We can’t ignore this game if we are talking about a cricket game. Firstly you should know the name of the game developer, is Cricket Australia. This game is downloaded by 1 million android user & rated 4.5 stars. Either you play 2 over or 20 over, it depends on you. Enabled Tournament mode to play the full big bash league and women’s big bash league competition.

Meet this another similar cricket game which is an offer by Indiagames Ltd. Till now this game is downloaded by 10 million users and collected a 4.1-star rating by its royal user. Cricket T20 Fever 3D is a collection of cricket tournaments, T20 Matches, and ODI. This is a full HD 3D graphics cricket game.

So, these are my favourite cricket games. I hope you liked my cricket game collection. Really you are cricket mania 😉 because you are still reading this. Well, now it’s your time to share this with your friends on social media and also let us know which one is a mind-blowing cricket game in the comment section.

Top5z is an independent blog where we share digital & tech related stuff. We are a participant in the Amazon Associates Program and other affiliate advertising programs to provide a means for sites to earn advertising fees by advertising and linking to a useful product.All Logos & Trademark Belongs To Their Respective Owners.