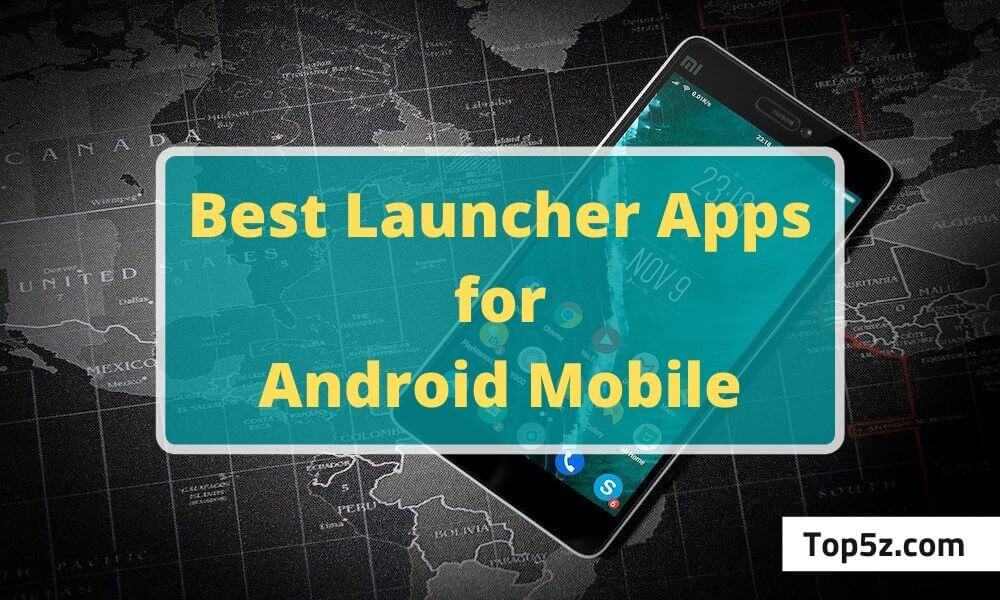 If you want an amazing android experience then these are the best Android Launchers app that you should download to upgrade your system entirely with some of the best features. Change the theme off your device and many more with these apps.

All of these apps are quite user-friendly and will make your devices quite different. Your phone’s software will get a new appearance with the help of these app launchers.

You do not have to search through hundreds of option to select the best app launcher apps like the following list of apps is all you would wish to have in your devices.

Below is the list of best launcher app for Android smartphone that will give the mindblowing design of Android mobile. Lets install these launchers in your phone.

APUS Launcher- if you wish to have an amazing launcher theme in your cellphones this app is most suitable for it. It brings you a whole new set of stylish and personalized launcher themes and a variety of unique HD wallpapers. There are more than 50,000 launcher wallpaper themes that will prevent you from being bored by applying the same wallpapers again and again.

It also has some of the features like app lock and hides apps, flashlight, top news and many other exciting features. Moreover, the best thing about the app is that it is available in 19 different languages.

Solo Launcher- this app is one of the first app launcher to use the material design 2.0. The best feature of this app is that it does not require much space and boosts up the performance of your phone by restoring the memory and allows your phone to run smoothly without any hindrances.

There are thousands of beautiful wallpaper themes that can be installed quickly and easily. It also secures your phone from the unauthorized users with the help of new Locker plugins. It is one of the most recommended apps and has been the most featured launcher on Google.

It has the feature of night and dark mode which you can apply as per your suitability. It even has the option of backups to restore all the data of the phone. Other features of the app include the availability of different icon themes, hide apps and also increases the speed of your cell phone functioning.

LINE Launcher- this app will turn your dull and boring android phone into the sparling and exciting phone with its features. You will no longer be teased by your friends for having the old fashioned home screens or other features. This app will make your smartphones completely stylish. There are 2000+ unique and modern themes and amazing, fun-loving stickers that you can share with your friends and family. With this app, you can make your phone quite fast and easy to use as it has one of the best phone booster facilities.

C Launcher- one of the most customized cellular launcher apps which comprises astounding themes for your mobile phones, and with great security facilities. There are customized features with which you can DIY your themes and also saves the battery of your phone by cleaning the junk files which ultimately speeds up the functioning of your phone.

It consists of an app drawer which organizes the app according to its functions so that you can have quick access to any of the apps immediately. You can even share your DIY themes with your friends easily.

These apps have a bundle of different options available according to your tastes. Each app has its own distinct feature some would enhance your speed while some would opt for your flash. All the features will try to make your device more efficient. The entire system of your device will be under your control and you can change it the way you want.

Top5z is an independent blog where we share what we like to share. We are a participant in the Amazon Associates Program and other affiliate advertising program to provide a means for sites to earn advertising fees by advertising and linking to a useful product.