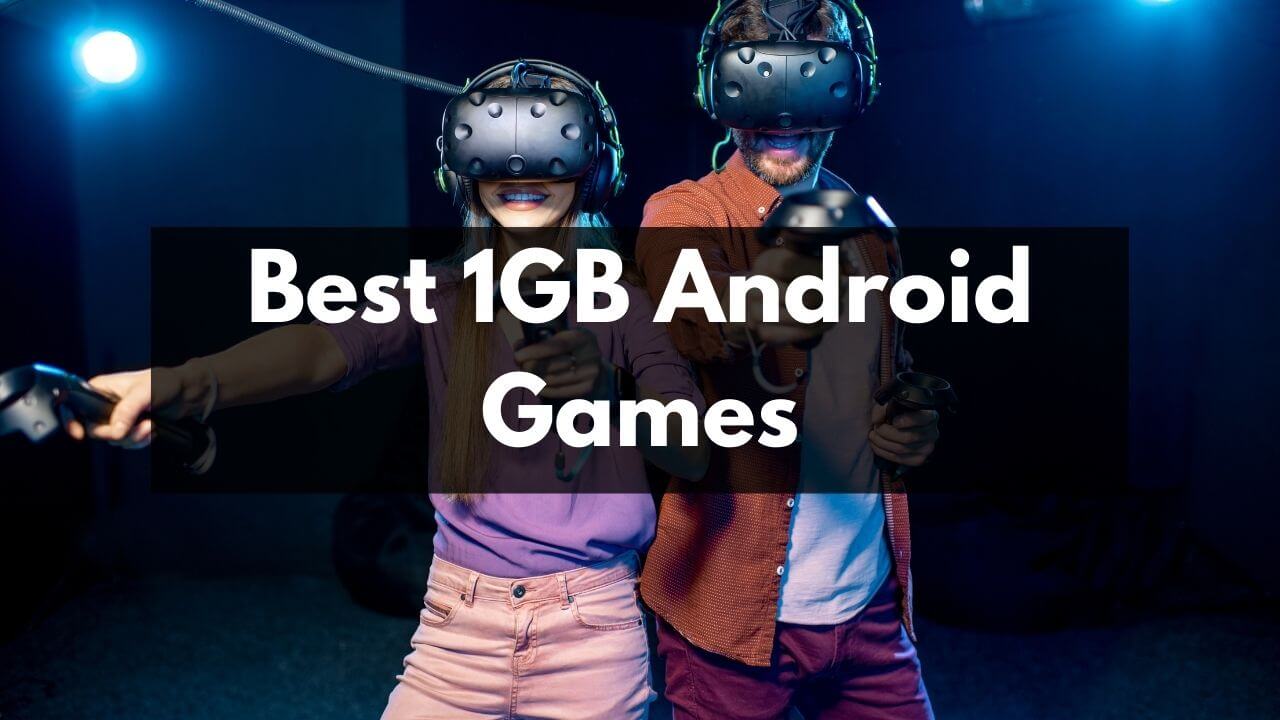 Hey dude! Today we made this list for Android game lovers. If you are game addictive then this list will be unforgettable for you. Because here I am going to share Android games (above 1GB in size) and these games are enough to make you a lover of them ;). Are you ready to play a 1GB game on your Android smartphone? You may also like to know the games under 10MB for Android.

Well, there are lots of big games in the Android App market. After increasing Smartphone capacity day by day, Android game developers are making more bigger than 1GB with unlimited features. Ohh! I remembered computer games whose sizes are the same as 1GB-5GB. Now there is not any difference between Android Games and Computer Games. So why not play the free android game instead of playing computer games which require a high graphic computer to play. Now let’s install 1GB game on your smartphone/tablet and enjoy them… You may also like to install 500MB android games and if you want in lower then see the list of 100MB Android games.

Why I am focusing on the big game of 1GB? Well, In this technology age, 1GB is not so large & is compatible with bigger graphics & Modern Smartphone (3GB RAM). So I am saying why not play the real game which makes you feels like you are the hero of these games.

Best 1GB Android Game for You

Below is the best 1GB android games. All games are free with in-app purchases. (Means, If you want to remove Ads and Get some extra features then Pay money otherwise use them Free. Do you know you can earn Google play credit easily?). Let’s see Android games above 1GB in size.

Dawn of titans is an amazing 3D war game. This is a unique game if you are looking for android games. Control colossal titans and thousands of warriors is stunning wars. Here you have to build your kingdom and fight with enemies in the 3D world. This game is grabbed by 5 million people and reviewed by almost 500k people.

Never Lose Hope is an awesome action game which is having 4.4 stars with 5 Million downloads. This action game is developed by Rayark International Limited. It contains Free in-app purchases. You can enjoy AAA console gaming experience on your mobile.

Another under 1GB Game is Need for speed. Its developer name is Electronic Arts. If we talk about the popularity of this game then pay attention to the User review of this app, which is 4.4 & downloads 10 Million till now. You are free to use this game. If you want to remove ads and some restrictions then pay some bucks. It’s the best car racing game for the Android device.

Meet this another similar Need for speed game which is offered by Gameloft. Till now this game is downloaded by 5 million users and collected a 4.4-star rating by its royal user. Let’s ride like a real racing extreme ride.

Dead effect 2 is another 1 GB game by App Holdings. If you want to play a dare game then you should play this big game. You must have a high GB ram to play this big-size game.

Injustice gods among us is a great action game. Go and build an epic roster of DC heroes and villains and get ready for battle. You can take real opponents and play online battles in multiplayer mode. Injustice game is made by Warner bros and downloaded by 10M+ people.

PUBG is the most popular game that comes in 1.86 GB of size. It’s the most addictive game I ever saw. I am not a serious player in this game but my friend circle is full of addiction to this game. Ohh! God save them 😉

We can’t e Assassin’s game which I have played on my computer. This game is provided by Gameloft. Actually, Gameloft is having many Smartphone games.  This game is downloaded by 10 million android users & rated 4.4 stars.

WWE Immortals is one of the best big action games in PlayStore. This game is developed by Warner Bros International Enterprises. It is having 4.3-star rating with 5 Million downloads. It contains Free in-app purchases.

Cyber Hunter is a famous game by NetEase. It’s an adventure game that is downloaded by more than 5 million people and an average rating is 4.2-stars. You may also like the list of gun shooting games for an Android device.

Hope you liked above all big android games up to 1GB. These games are our handpick of almost 1GB of android games for Android smartphone users. At last, I would like to add, if you are using any other 1GB game then let us know in a comment below.